Echoe is a Graf writer hailing from Miami and currently residing in Los Angeles. We were more than excited when she came to visit us on the  Notre Dame Estate to talk about her ideas and inspirations and to drop some classic American graffiti. 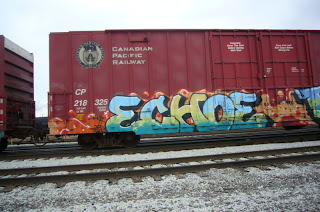 1: what inspires you to paint?
The most basic inspiration for me is the need to express myself. Painting is the simplest way for me to express my feelings without putting them into words or having to directly explain myself to another person. I find that I am most inspired to paint when other things in my life aren't going well. Painting is an escape from my problems. Another thing that inspires me to paint is the ability to earn recognition and respect from others. The more work I put out, the better feedback I get from other people. 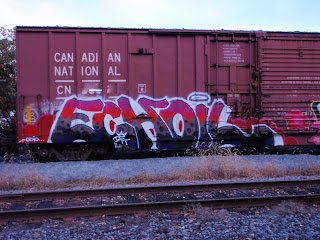 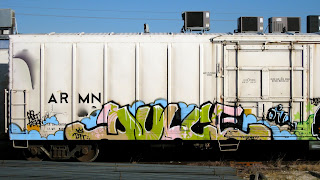 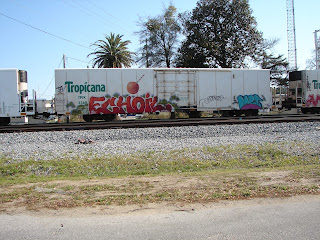 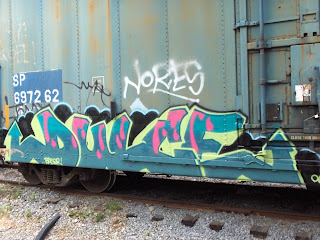 Another favorite aspect of graffiti, is that through its pursuit, I learned I am capable of doing anything I put my mind to. I started out with absolutely no skills, but I dedicated my time and effort to getting better. Years later, I was able to see my progress and the results of all my efforts. It has taught me that any goal in life is attainable, its just a matter of dedication, time and effort. Graffiti has also taught me to never let anyone tell me I'm not capable of pursuing my dreams. People will always find ways to keep you within their boundaries, but you must use their doubts as fuel to prove that your dreams can become a reality. Everything you accomplish in graffiti comes from within you, no one can buy, steal or be handed skills or respect - it must be earned. 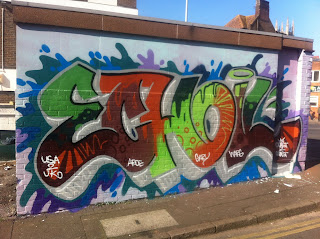 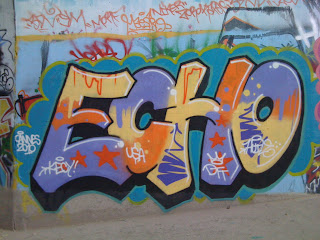 3: what is the piece you painted today about?
The piece I painted today is a tribute to a friend of mine who passed away a few years ago from Crohn's Disease. Graffiti is a way for me to carry out my friend's legacy, and to keep his memory alive for the next generation. POKE was a graffiti writer from Queens, New York. He was a dear friend to me during a difficult time in my life. I plan to continue painting his name for the remainder of my days. 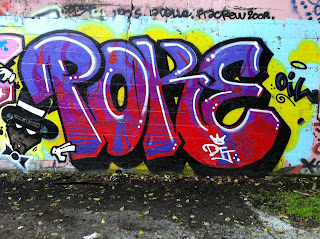 Color combinations are also a big part of this piece. The colors I used were not specifically chosen, but were what I had to work with. I often enjoy having limited colors available because it forces me to be resourceful and more creative - sometimes allowing me to create combinations which have never been used before. The fact that I spent plenty of my own time studying Color Theory has allowed me to have confidence in trying combinations that are not often used. Color Theory is very simple but can really make things come to life if applied properly. 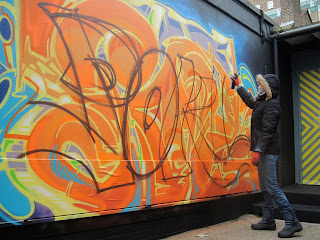 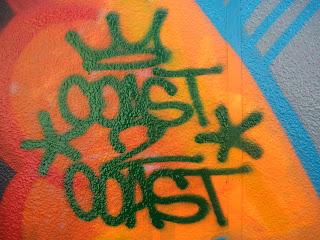 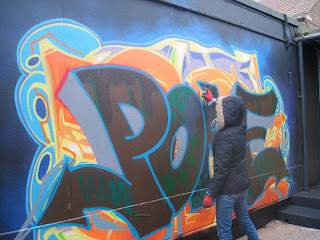 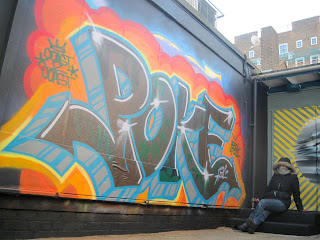 4: Are you trained in art? What did you study?
Although I'm originally from Miami, Florida, I was trained in drawing and painting for two months at a Pre-College Summer program held by Pratt Institute in Brooklyn, NY. The professors at Pratt taught me how to draw real life images and how to use oil paints. However, my skills in graffiti are completely self-taught.

As mentioned previously, I started out with no skills in graffiti but I did have an idea of what I wanted to achieve. I spent my time observing what I found to be "good" artwork, and attempted to create my own original version of it. I would repeat the same letters over and over until they came out just as I wanted them to. As time went by, I was able to meet and paint with graffiti artists who were much better than me. I would observe their techniques, and through much practice, I learned how to apply the techniques myself. Every new person you meet is an opportunity to learn something new - whether its something you do or don't like, it allows you to get a better idea of what you want to produce. 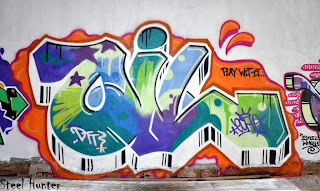 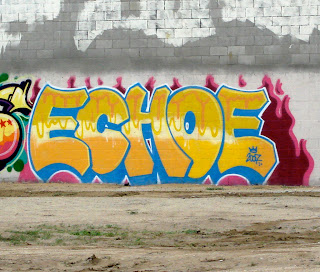 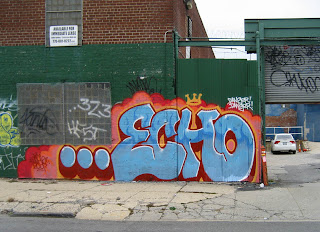 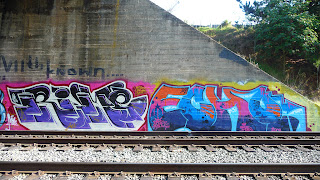 5: Is there a difference being a female in this culture?

Yes, there is a big difference to being a female in the graffiti culture - but there doesn't have to be. As with any male-dominated activity, it is thought that females are weaker and less capable - but in reality it is not the truth. Females are capable of accomplishing nearly any feat that can be completed by a male. However, a female will have to put up with more criticism and doubt from others until she has proven her skill.
The most common criticisms about females in graffiti are "She didn't paint that herself," or  "She's only doing graffiti because of her boyfriend." It took me years of work to prove to outsiders that I was into graffiti because I loved it, and that I alone was creating my own work. Many people (females included) like to separate female graffiti artists from the rest of the international graffiti scene, but I prefer not to. Females are just as capable of competing against the rest of the male-dominated scene and don't need to be set aside like a disadvantaged group. I do think it requires a lot of confidence and determination for a female to compete in an international scene in any realm (whether it be music, art, dance, writing or business). While the confidence may not be there at the beginning, the more effort you put into advancing your skills, the more confidence you will gain. 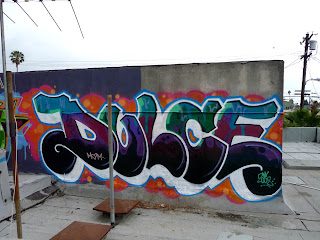 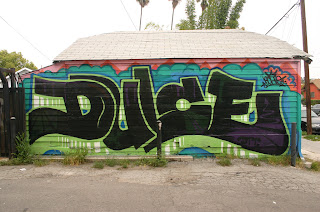 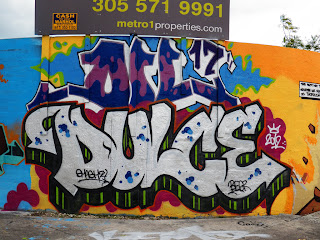 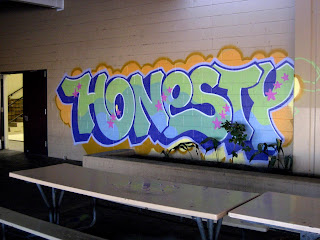 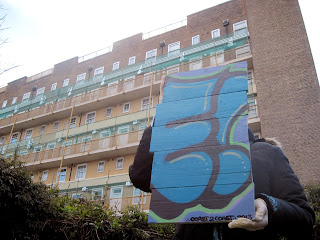